According to a recent Bloomberg piece, in the US, roughly 40% of today’s high school students were overweight by the time they started high school. Globally, the incidence of obesity has tripled since the 1970s, with fully one billion people expected to be obese by 2030. An emerging view among scientists is that one major overlooked component in obesity is almost certainly our environment — in particular, the pervasive presence within it of chemicals which, even at very low doses, act to disturb the normal functioning of human metabolism. Some of these chemicals, known as “obesogens,” directly boost the production of specific cell types and fatty tissues associated with obesity. Unfortunately, these chemicals are used in many of the most basic products of modern life including packaging, clothes and furniture, cosmetics, and food additives. 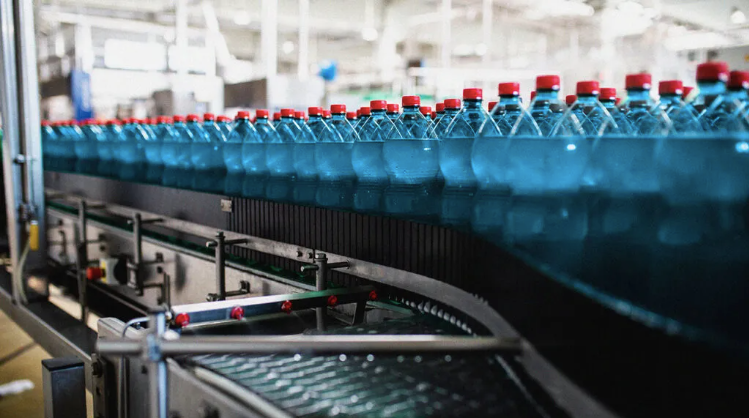 This artist is dominating AI-generated art. And he’s not happy about it

Those cool AI-generated images you’ve seen across the internet? There’s a good chance they are based on the works of Greg Rutkowski, according to MIT’s Technology Review. Rutkowski is a Polish digital artist who uses classical painting styles to create dreamy fantasy landscapes. He has made illustrations for games such as Sony’s Horizon Forbidden West, Ubisoft’s Anno, Dungeons & Dragons, and Magic: The Gathering. And he’s become a sudden hit in the new world of text-to-image AI generation. His distinctive style is now one of the most commonly used prompts in the new open-source AI art generator Stable Diffusion, which was launched late last month. The tool, along with other popular image-generation AI models, allows anyone to create images based on text prompts. 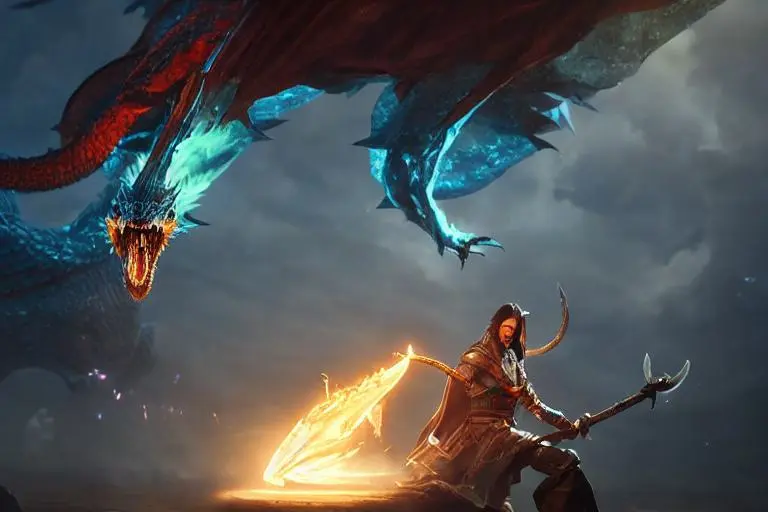 One of my favourite Twitter accounts is @FakeHistoryHunter, which is run by Jo Hedwig Teeuwisse, a widely recognised historian who loves debunking fake history. But one of her recent threads wasn’t a debunk, and that’s what makes it fascinating – it’s a real history of how people in the 1900s briefly became obsessed with riding motorized scooters (sound familiar?). They had a little engine and could reach speeds of up to 35 miles per hour, and some worked on batteries.The middle photo is Lady Priscilla Norman, the treasurer of the Liberal Women’s Suffrage Union, who also ran a hospital during the First World War. The lady on the back of the scooter on the left is none other than Amelia Earhart. Be sure to check out the whole fascinating thread! 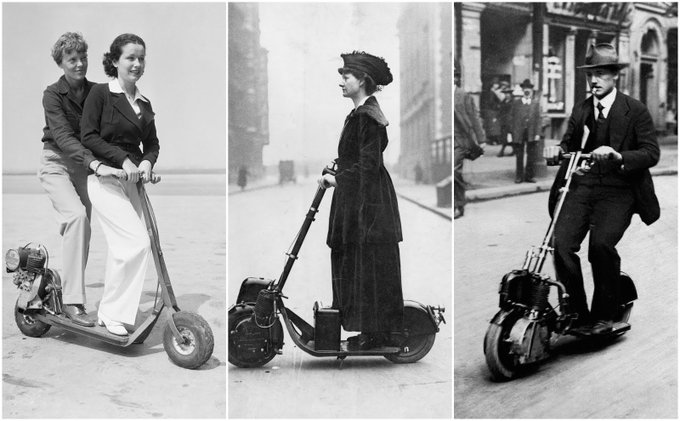 When will museums like The Met tell the whole truth about their antiquities?

Some US museums will overlook the dubious origins of acquisitions if it suits their purposes, Elizabeth Marlowe writes for Hypoallergic. In May 1967, villagers in southwestern Turkey uncovered an extraordinary trove of high-quality bronze statuary at Bubon, an unexcavated Roman site. Rather than notifying authorities, two local brothers organized a looting operation. At least nine life-sized statues and many additional statue fragments were sold to a dealer in Izmir and then smuggled out of the country. Just a few weeks later, four spectacular, headless, male bronzes appeared out of nowhere in the possession of Charles Lipson, a Boston art collector. Museums with pieces that are likely from Bubon include the Houston Museum of Fine Arts, the Fordham Museum, Getty Villa, the Museum of Fine Arts in Boston, and the Met in New York. 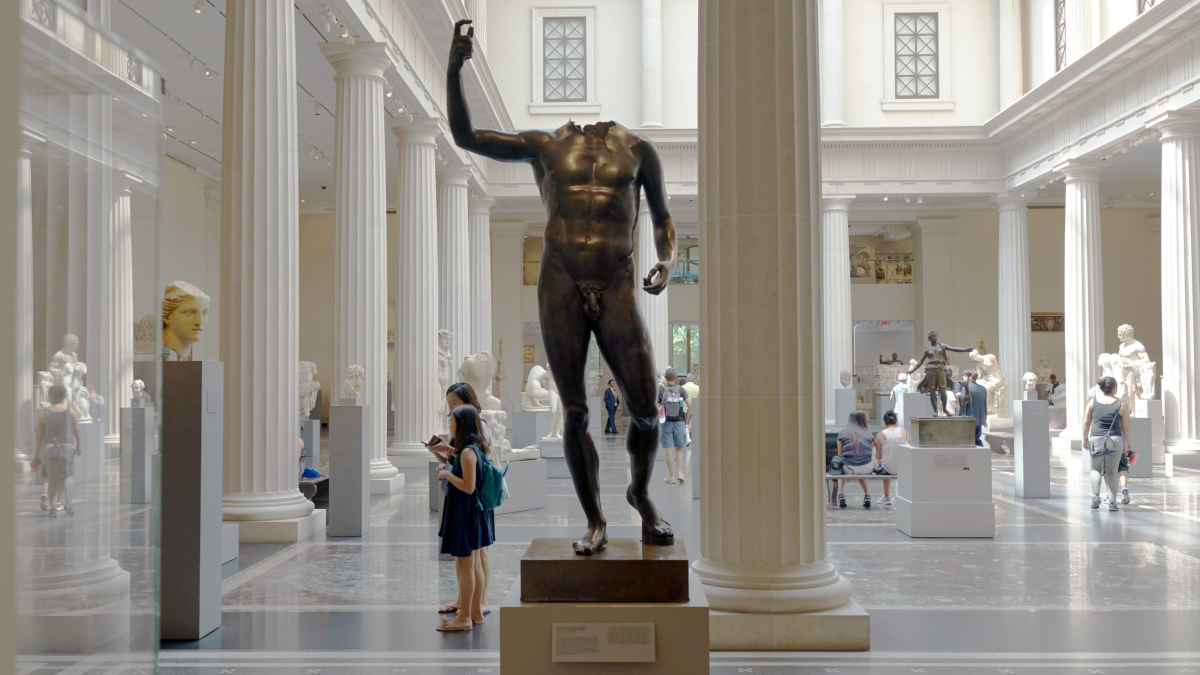 Walter Lippmann’s “Public Opinion” is 100 years old, and has never been more relevant

One hundred years ago, a young American journalist named Walter Lippmann published a book called Public Opinion. Alhough it is one of the most important books of the twentieth century and still acknowledged as a foundational text in the study of social psychology, media, and propaganda, Andre Forget writes at The Bulwark that its centenary “has passed, for the most part, unacknowledged.” This is ironic, he says, because its central question—How can a truly self-governing society function under the conditions of mass culture?—has rarely been more relevant. “Our current debates about disinformation and the pernicious effects of social media could be rather more productive if the participants would bother to read Lippmann,” Forget says, “not because Lippmann provides any workable solutions, but because his analysis of the extent of the problem is so clear-eyed.” 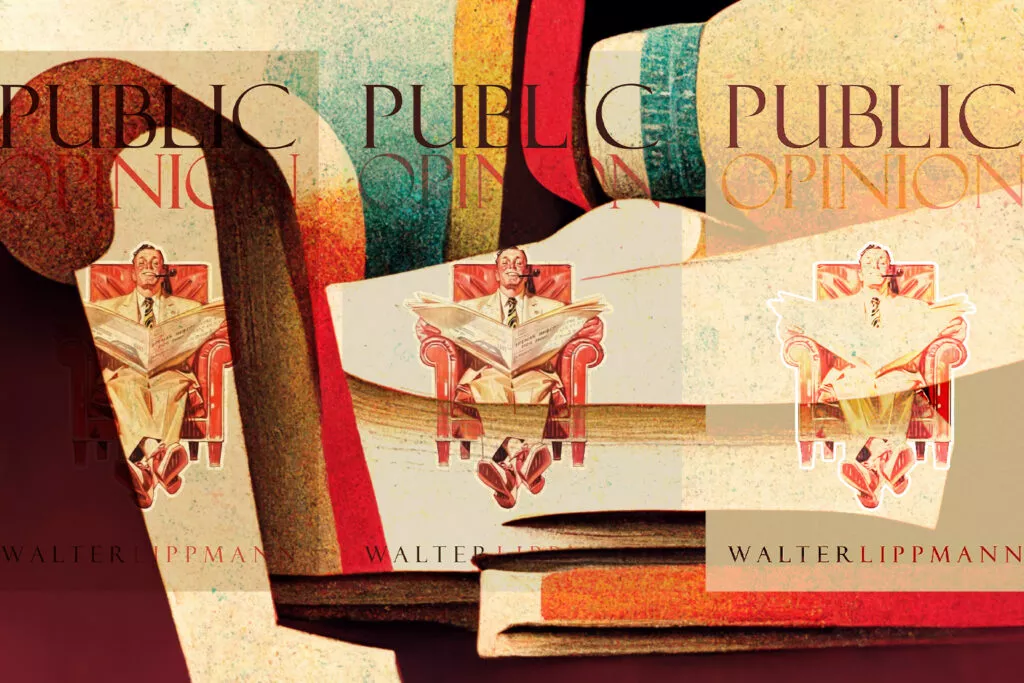 Did Neanderthals make art? Some are skeptical, but others argue they almost certainly did

Bruce Hardy writes at Sapiens.org about stereotypes of Neanderthals, and skepticism about their artistic ability. “As a Neanderthal researcher, I’m familiar with the stereotypes of Homo neanderthalensis,” he writes. “Dull, unintelligent, lacking the imagination to do more than bash each other on the head. They just sat around, gnawing on mammoth, awaiting their inevitable extinction.” In 2018, an article described new evidence from Spain that had dated art in three caves at more than 65,000 years old, when the only people around were Neanderthals. And yet a number of scientists said: “there is still no convincing archaeological evidence that Neanderthals created Iberian cave art.” Why are so many people so skeptical that these ancient people had the ability to make paintings?