Jack Thomas writes: “I’ve been a journalist for more than 60 years. So after doctors delivered the news, I sat down to do what came naturally, if painfully: Write this story.” As a teenager, Thomas says he often wondered how his life would change if he knew that he would die soon. “How does a person live with the knowledge that the end is coming? How would I tell family and friends? Would I be depressed? Is there an afterlife? How do you get ready for death, anyhow? I was raised Episcopalian, though I didn’t turn out to be a very good one. Unlike Roman Catholics, Jews, and atheists, we Episcopalians are very good at fence-sitting. We embrace all viewpoints, and as a result, we are as confused as the Unitarians.” 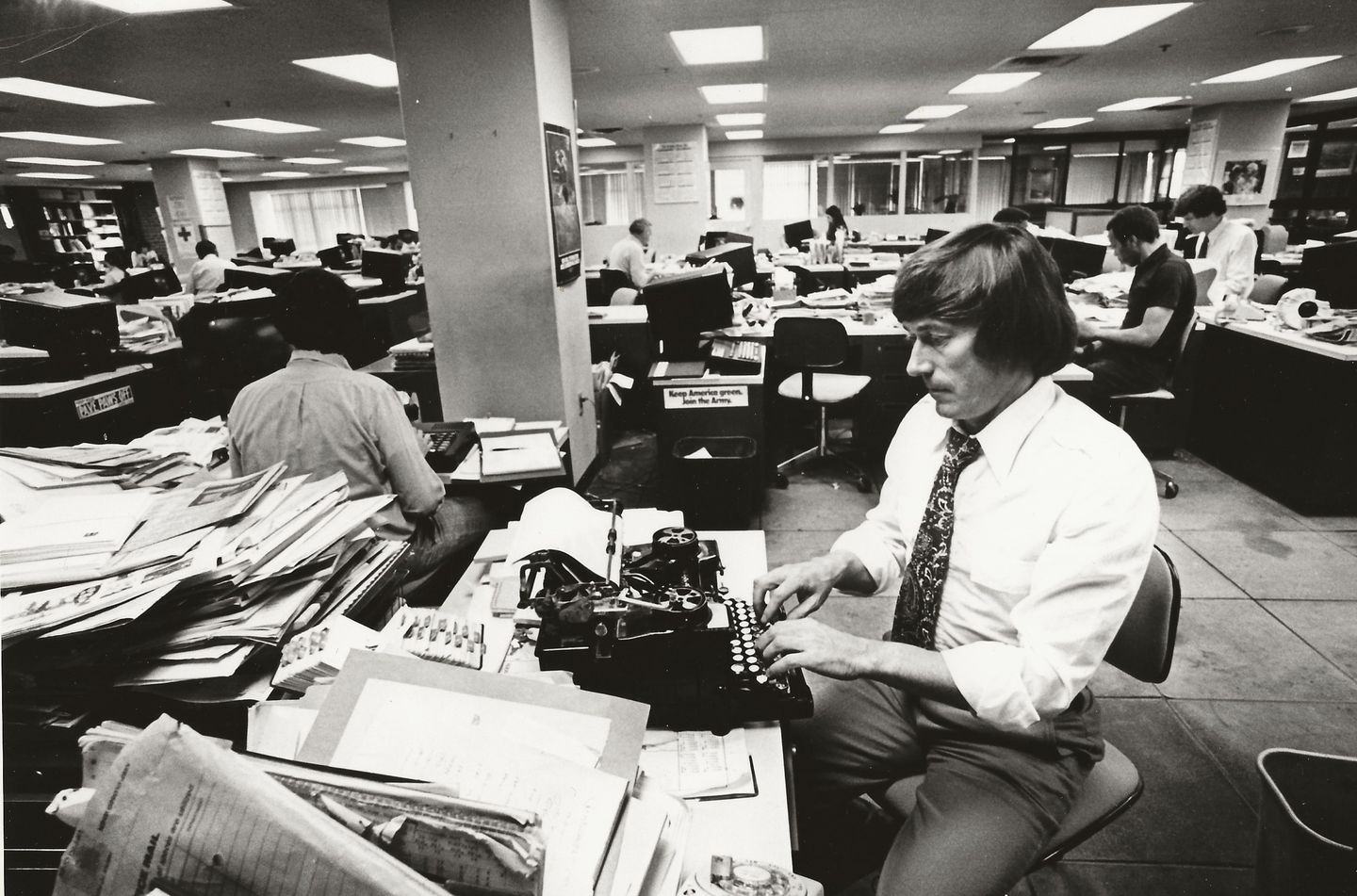 It’s around 8 a.m. on April 27, 2022. A woman outside of Hattiesburg, Mississippi, is relaxing in her hot tub, lulled into a quiet calm as her horses neigh in the distance. Suddenly, a blinding red-yellow light shoots across the sky. In Baton Rouge, Louisiana, a man stuck in traffic sees the same light ignite the heavens—“like a welder’s torch,” he’d later write in an eyewitness account. Moments later, a series of sonic booms thunder across southwestern Mississippi so loudly that NASA would equate the event to the detonation of three tons of TNT. In Tucson, Arizona, Ashley Humphries starts making travel plans with her friend Mark Lyon. In Eureka Springs, Arkansas, Steve Arnold contemplates hopping in his pickup truck. In Connecticut, Roberto Vargas looks into flights. If there really are meteorites on the ground, hundreds of thousands of dollars could be on the line. But these hunters will need to act fast if they want a piece of it—literally. 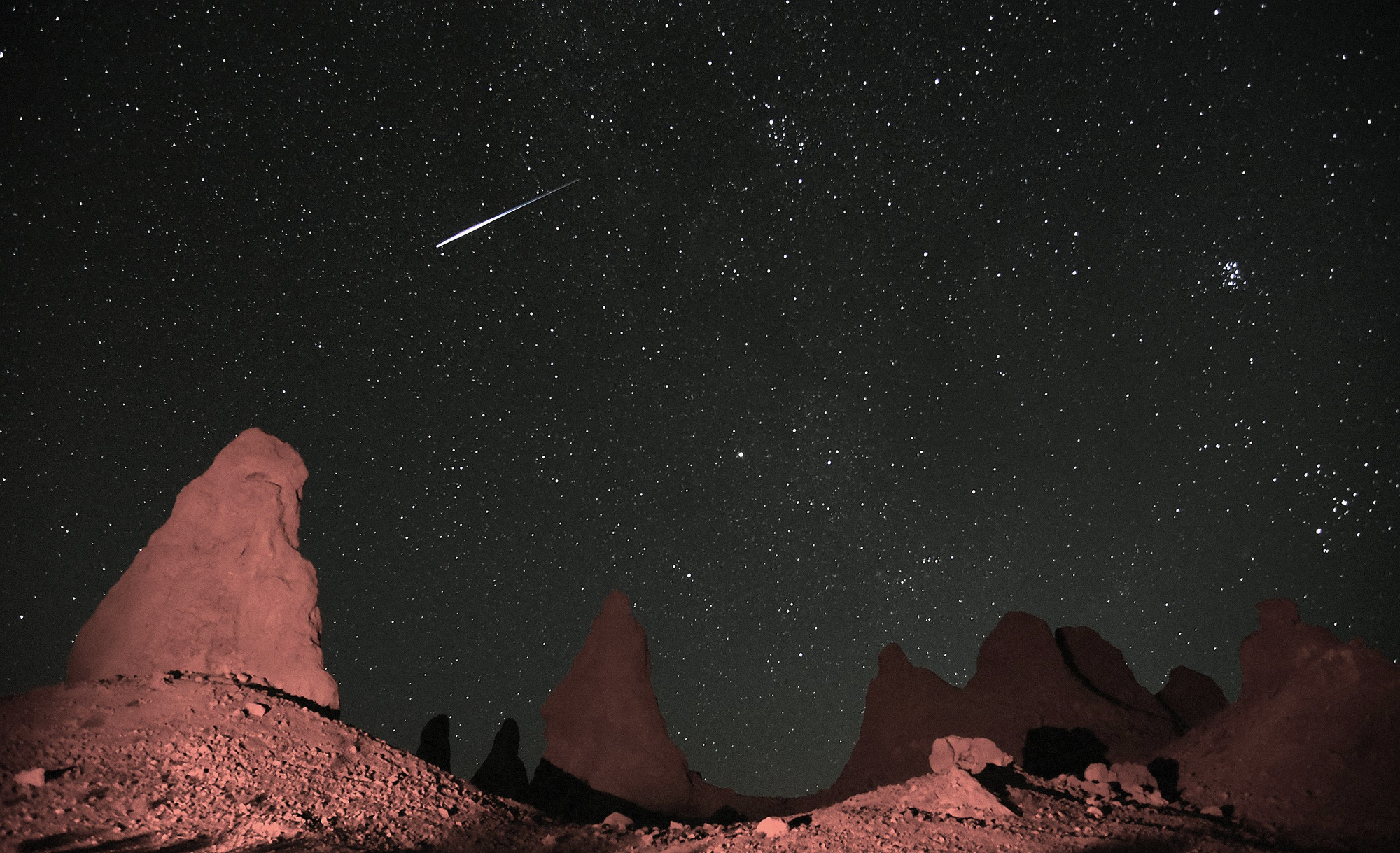 Young and homeless in rural America

One evening in June, Scott Cooper, a high school football coach in rural southern Ohio, received a text from Blake, one of his linebackers. Blake, who was 17, would miss practice the next day, and so would his brother Lee Jr., who was 15. Another text followed with an explanation: Their family had to move, and right away. The family, including an older brother who had graduated from high school, had left their last home suddenly as well, just 18 months earlier. Before moving to Gallia County, they lived in Portsmouth, about an hour’s drive west, where the boys’ father, Lee, worked in landscaping and their mother, LeAnn, collected workers’ compensation after injuring her back as a home health aide. 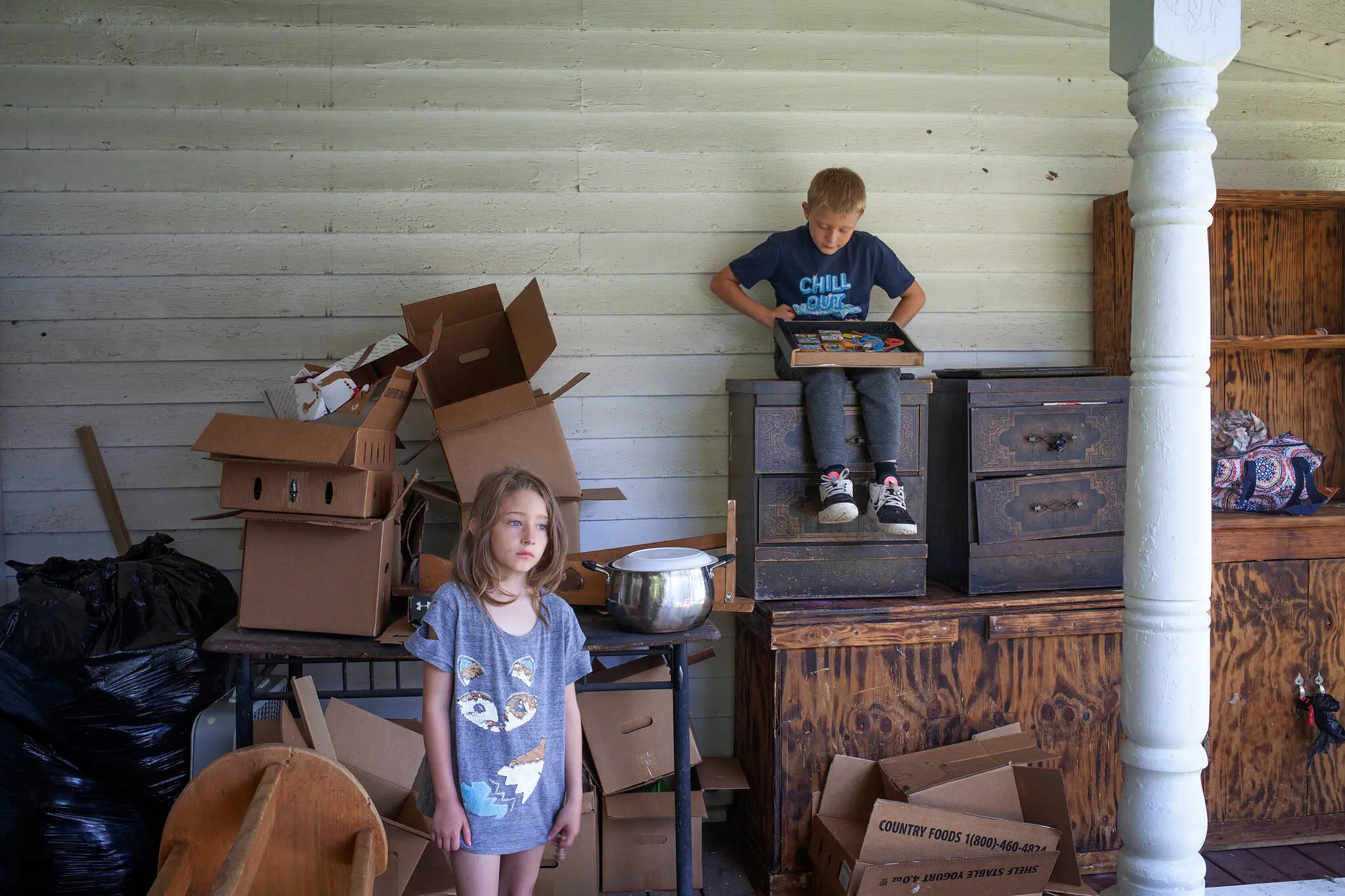 The crashes were staged. The injuries were real

After the impact, after the cars had spun and screeched to a stop, after you realized you were rattled but alive, Mize or another person would rush to the window to collect helmets and braces and pee bottles and burner phones. Mize would hop in a third car with a getaway driver and vanish. The at-fault actor would climb into the driver’s seat of the car Mize had left crumpled behind, ready to take the blame. The first responders would see a totaled car of crash victims bruised, bloodied, whimpering, seemingly in shock or barely conscious. You’d feel like such scum as you were strapped to the stretcher, the responders comforting you as you wasted their time. Cops — sometimes at the scene, sometimes at the hospital — would pull out their collision reports. Showtime. 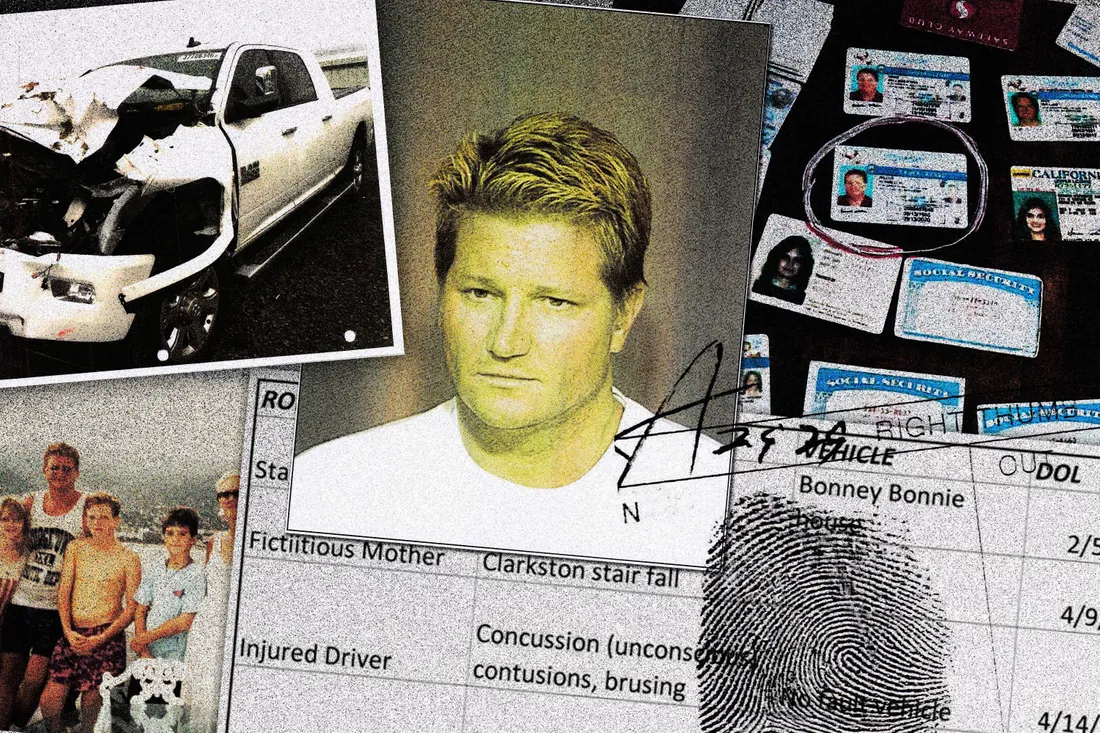 Scientists say the afterlife is all in your head

The idea that near-death experiences, also known as NDEs, offer proof of an afterlife for the soul has been remarkably persistent, despite an accumulation of scientific evidence to the contrary. Such claims have existed in the historical record since at least Plato’s time; the earliest known account of near-death experiences appeared in the fifth century B.C. But they weren’t widely popularized until the 1970s, when American physician and philosopher Raymond Moody published his best-seller Life After Life, based on his collection of 150 coma survivor’s reports. You don’t want to undermine someone convinced they had a glimpse of the other side, says neuroscientist Anil Seth. “If they experience flying through a ton of light, into a beautiful white open space, then that’s what they experience.” But that experience depends on brain activity. “No brain activity, no mental process.” 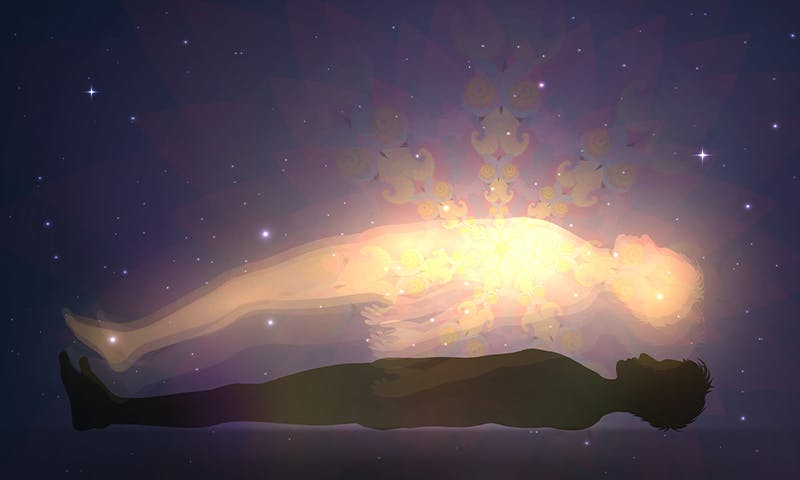 The art of bidding, or how I survived prison

Once the guard was gone, a few guys cornered me in my cell and demanded to see my paperwork, the documents new arrivals receive, which detail their criminal charges — prison’s version of a welcoming party, which shows up mostly just to find out if you’re a pedophile. The welcome party’s request to see your paperwork isn’t exactly a friendly one, and of course there’s a natural urge to resist. But refusing to show it is as good as admitting to being a child molester, so everyone just hands it over. Luckily for me, the crime I’d committed had gotten quite a bit of media coverage, so right off the bat one of the guys recognized me. “Oh, dang, you’re one of them art robbers!” he blurted out. The year before, when I was 19, my two best friends and I robbed the Rare Book Room of the Special Collections department at Transylvania University in Lexington, Kentucky. 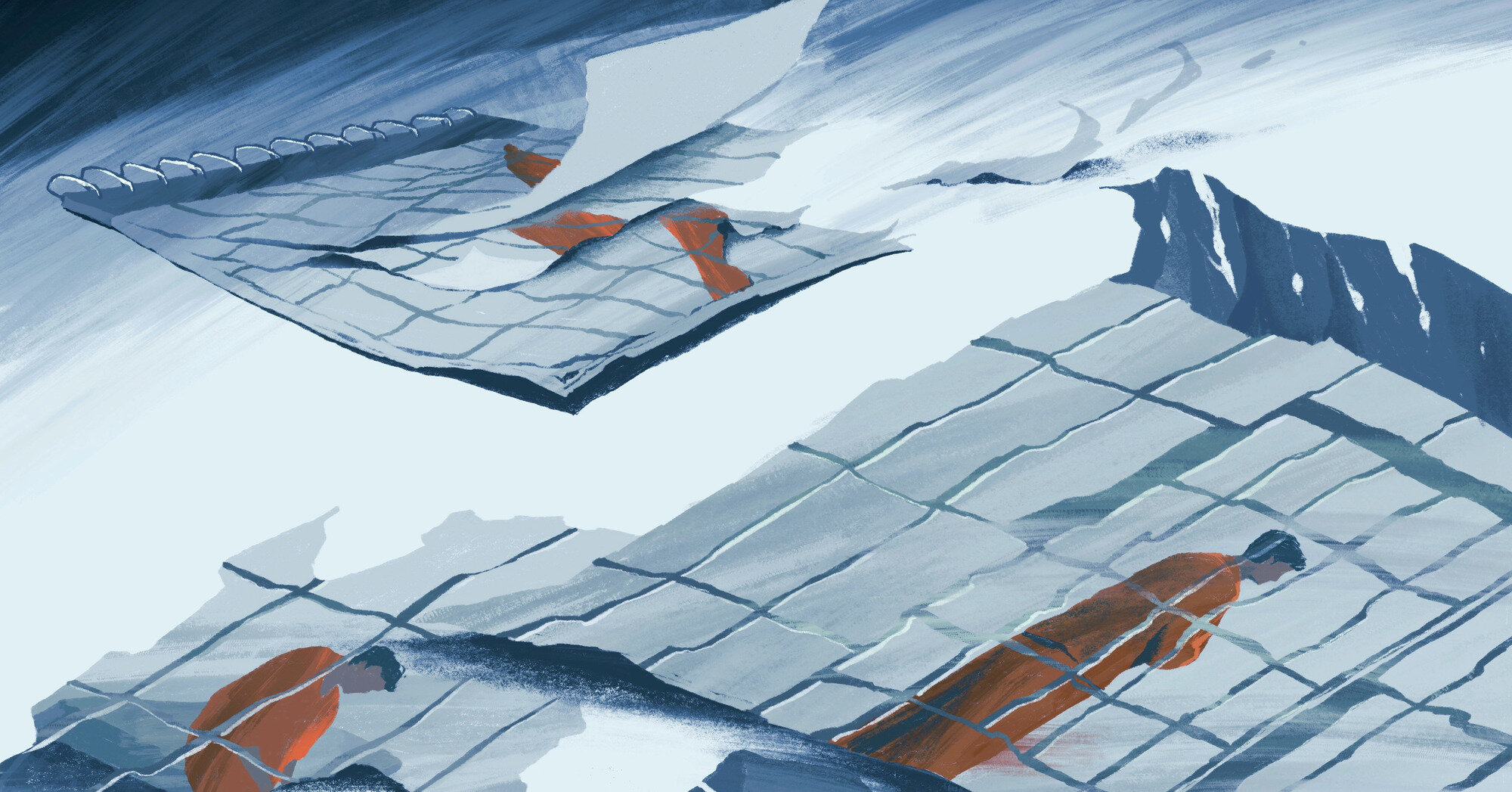 A pod of dolphins jumping just for the fun of it